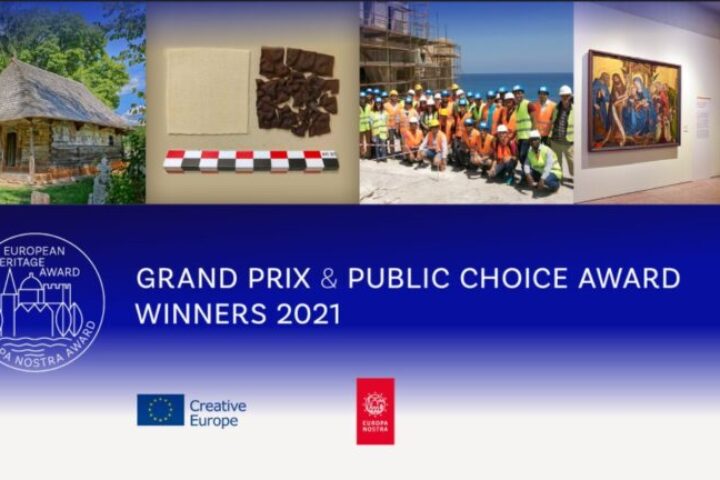 The winners of the 2021 European Heritage Awards / Europa Nostra Awards, Europe’s top honour in the field, were celebrated on the 23rd of September 2021 with a high-profile ceremony held at the headquarters of the Giorgio Cini Foundation in Venice. During the ceremony, the four Grand Prix laureates and the Public Choice Award winner, selected from among this year’s 24 winning achievements from 18 European countries, were announced.

The Grand Prix for the Category Research was awared to the project FIBRANET – FIBRes in ANcient European Textiles (DENMARK/GREECE). This project investigated the fibres used in textile production in Europe from prehistory to the Roman Empire and created a tool that can be used to aid European textile studies. The Open Access database FIBRANET provides information on diverse textile fibres and is supported by bibliographical information and data on how these are affected in an archaeological burial context. This innovative research has deepened knowledge in material analysis of ancient fibres and revealed information on fibres that had never been studied before. This new knowledge on how textiles deteriorate will also inform European policy on tackling the negative environmental effects of textile waste.

FIBRANET was carried out in partnership with 8 institutions: CTR/UCPH, the host institution; Core Facility for Integrated Microscopy (CFIM/UCPH), the Directorate of Conservation of the Hellenic Ministry of Culture, the School of Conservation of the University of West Attica, the National Centre for Scientific Research (NCSR) “Demokritos”, the American School of Classical Studies in Athens, the Danish Royal School of Conservation and the University of Warsaw, for the dissemination of outcomes through workshops and other educational activities. As a Marie Skłodowska-Curie action, the project was funded by several EU mechanisms.